I am a big football fan! 2 years ago during the European Cup I was like a tiger in its cage because I was off on maternity leave and couldn't express all my football love in my lessons, which was very frustrating, so my poor newborn daughter had to celebrate Spain's victory with me, like this: 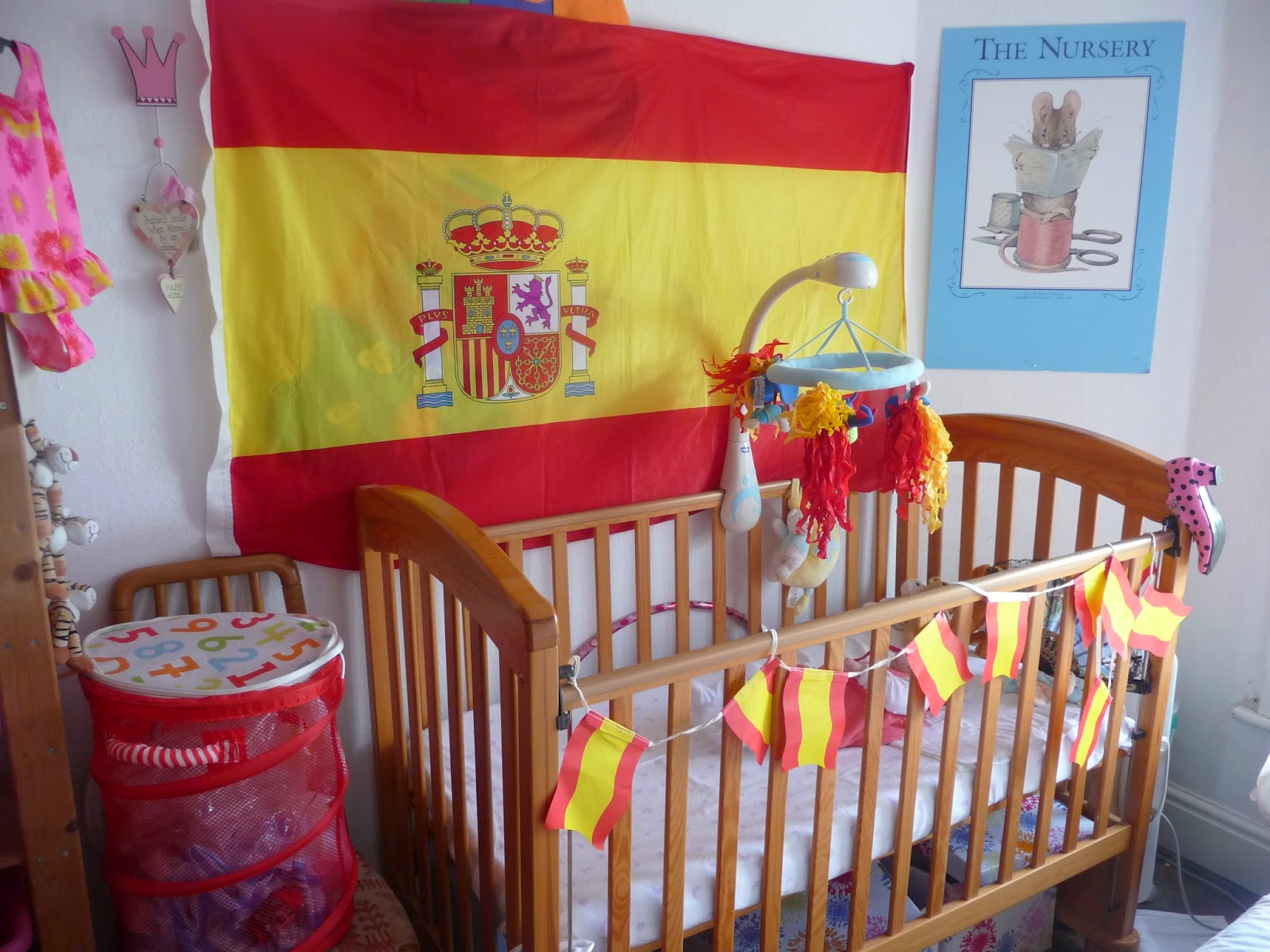 This year I have thought of some activities to celebrate the World Cup, it is payback time for the girls who really enjoyed making bracelets for Mother's Day :-)


I made a slide with the flags of  the Spanish speaking countries of the World Cup, we will practise the colours playing the "Who is quicker?" game with our dusters/ fly swatters.  We will play "red herring", a game between two teams of the class: while one team goes to sleep on their tables, a volunteer from the other team will point to a country in silence, and when the sleeping ones wake up, they have to guess which country is the "red herring". But there is a twist: they actually have to avoid this country, and they get points every time they say a different one. As soon as they say the red herring, the game is over and we count the points. We play it between boys and girls, twice each time. It is a very exciting game, and it gives us plenty of opportunities to practise the pronunciation of México, Argentina﻿, España, Honduras. In most of my lessons we mention Colombus Day/ Día de la Hispanidad in October, now there is a good chance to ask whether they remember why they speak Spanish in all of these countries. 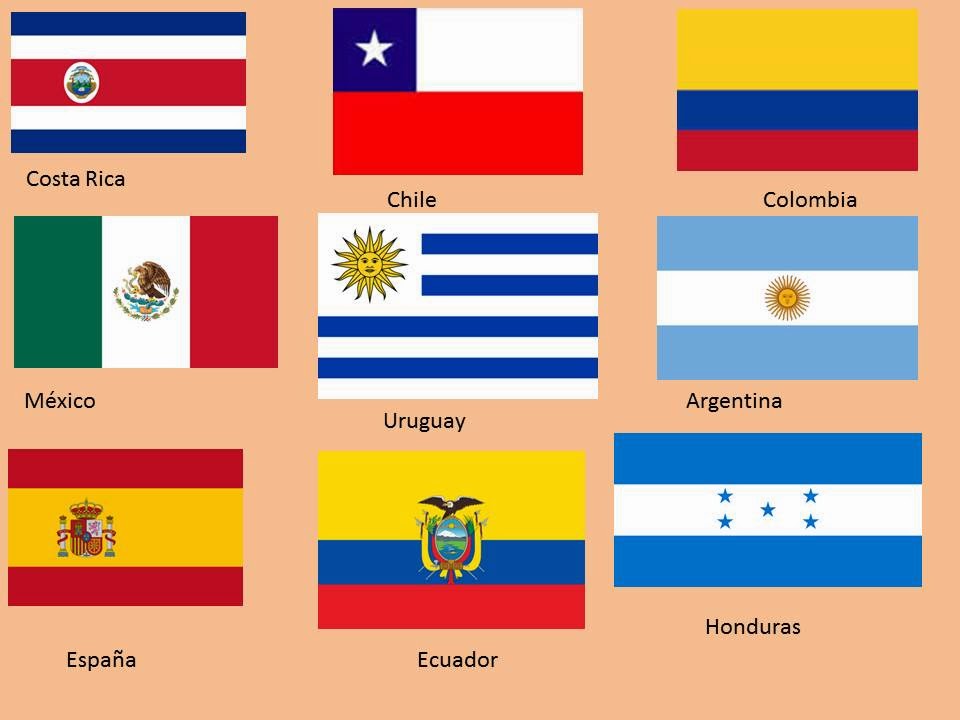 Players: another good chance to practise phonetics:-), although I have to be careful here because some players are Catalan and say their names differently. Casillas, Hernández, Sergio, David Villa, David Silva, isn't it fantastic to see all these written down and be able to say them correctly? The BBC football commentators definitely didn't do Spanish in school, I feel pain in my heart every time they say Sergio incorrectly, about a hundred times during each match. Apart from "Who is quicker?",  and "the red herring" we can play "Who am I?" describing them physically and saying how old they are. 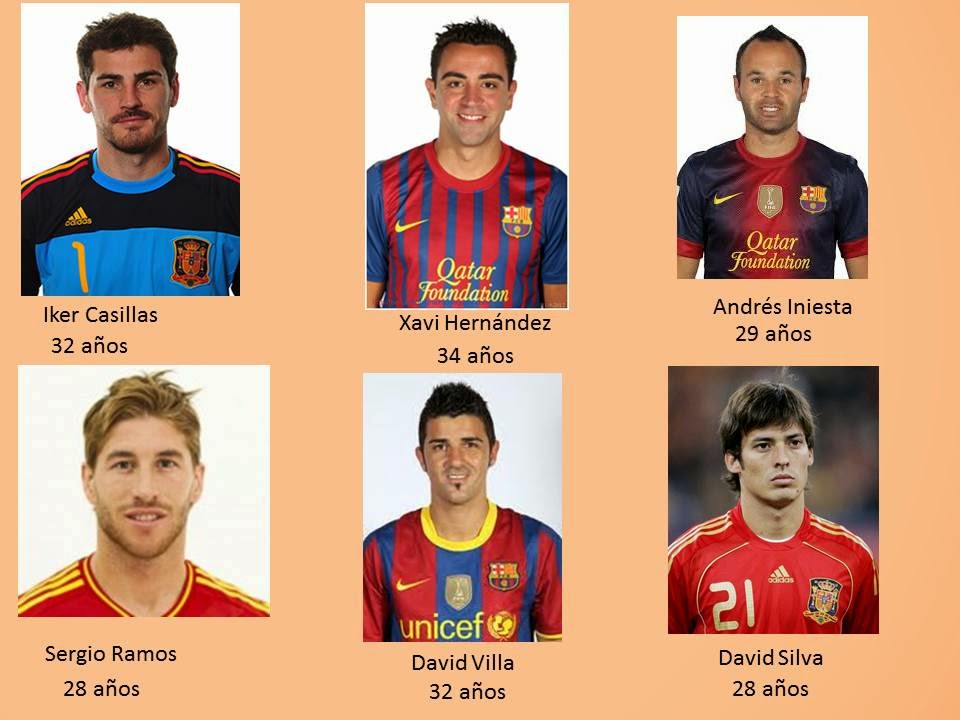 Designing a mascot for the game or for a Spanish speaking country is a good chance to revisit the body parts.﻿ 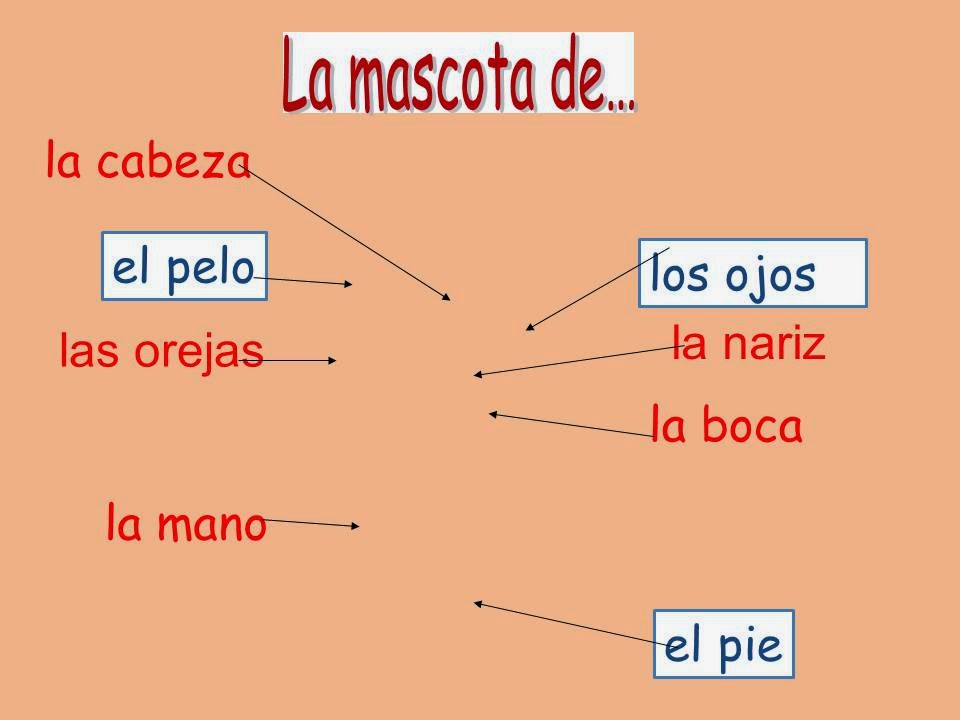 Similarly, designing a national outfit for a Spanish speaking team using the flag colours gives a good opportunity to learn/revisit the names of the clothes. 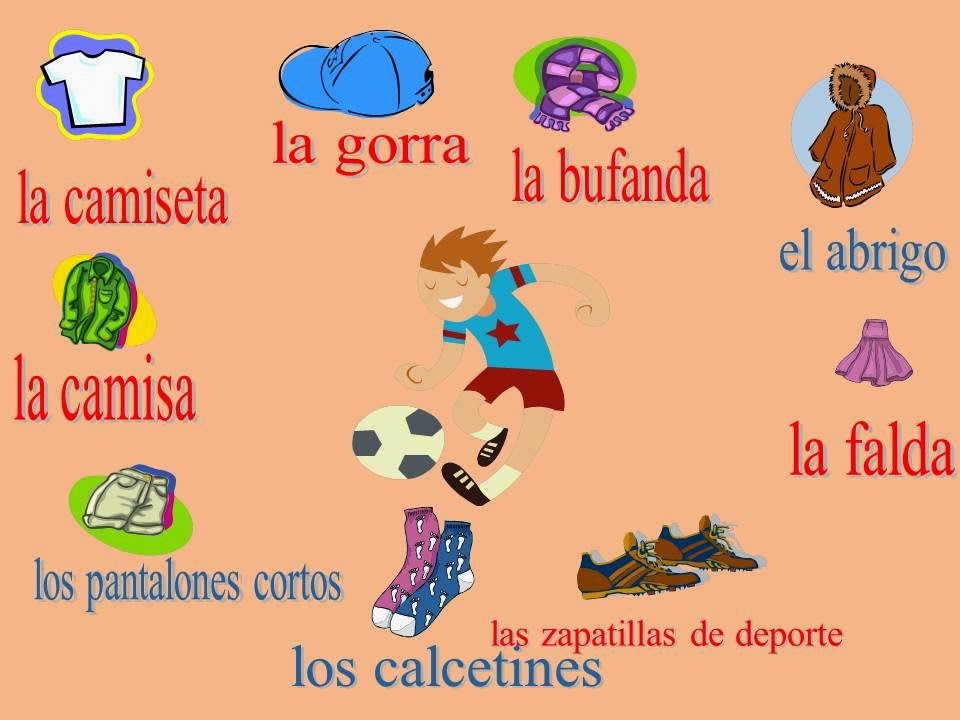 And one more of those: design the winning trophy to practise writing. I have included England, too:-). I have trophy templates from 4 years ago, they can write the name of a country on it and decorate it with the flag colours (I keep pieces of crepe paper that fall off my colour pompoms). 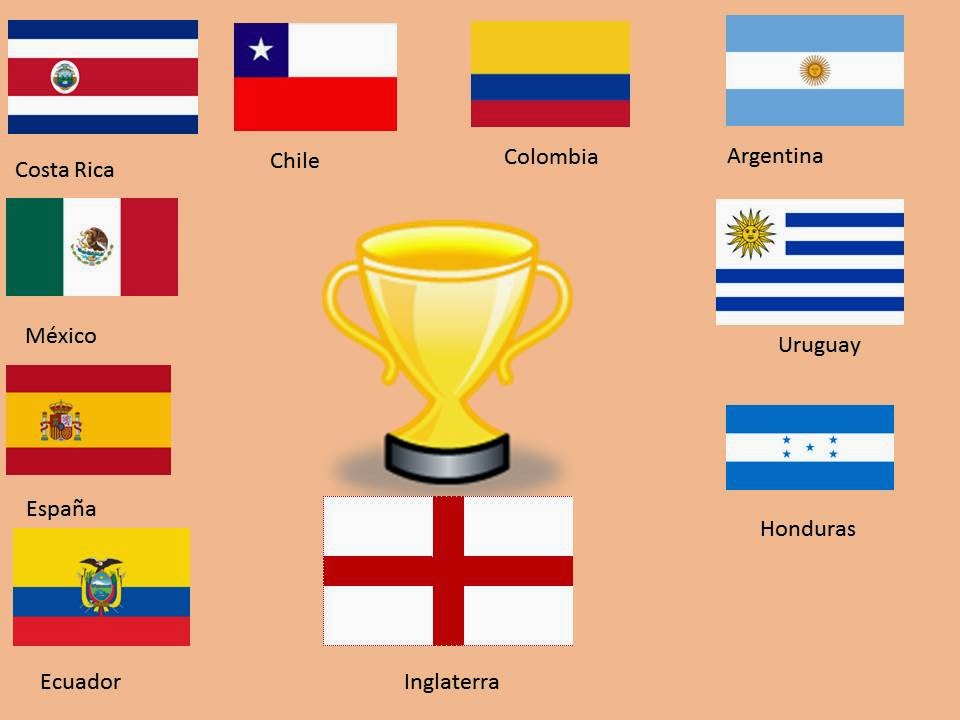 They can include praising words on them: And they can wish good luck to their favourite Spanish speaking team! 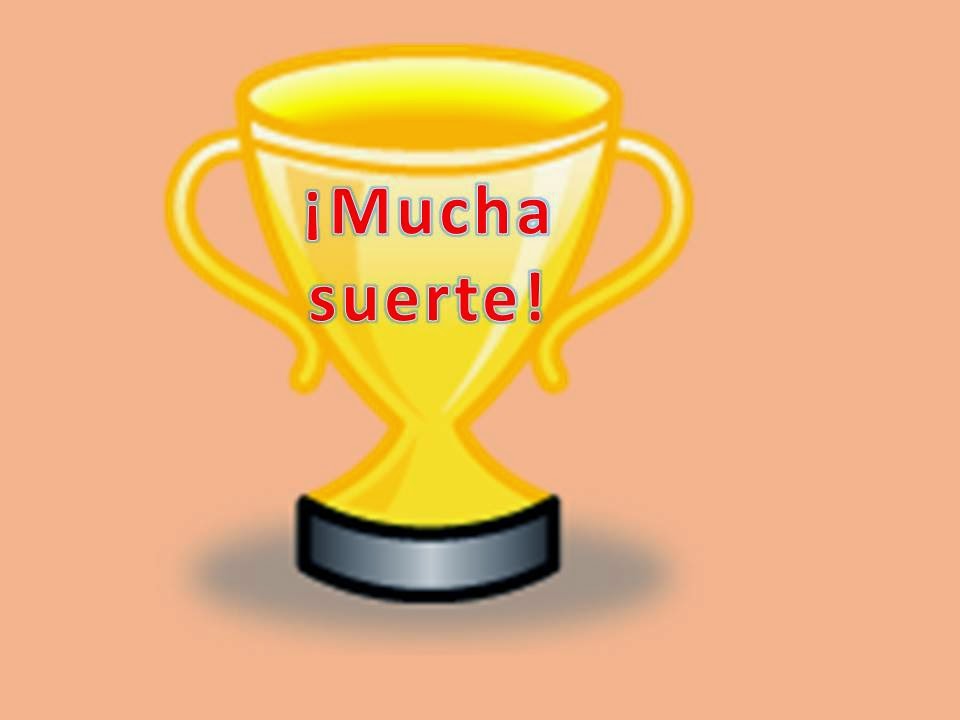 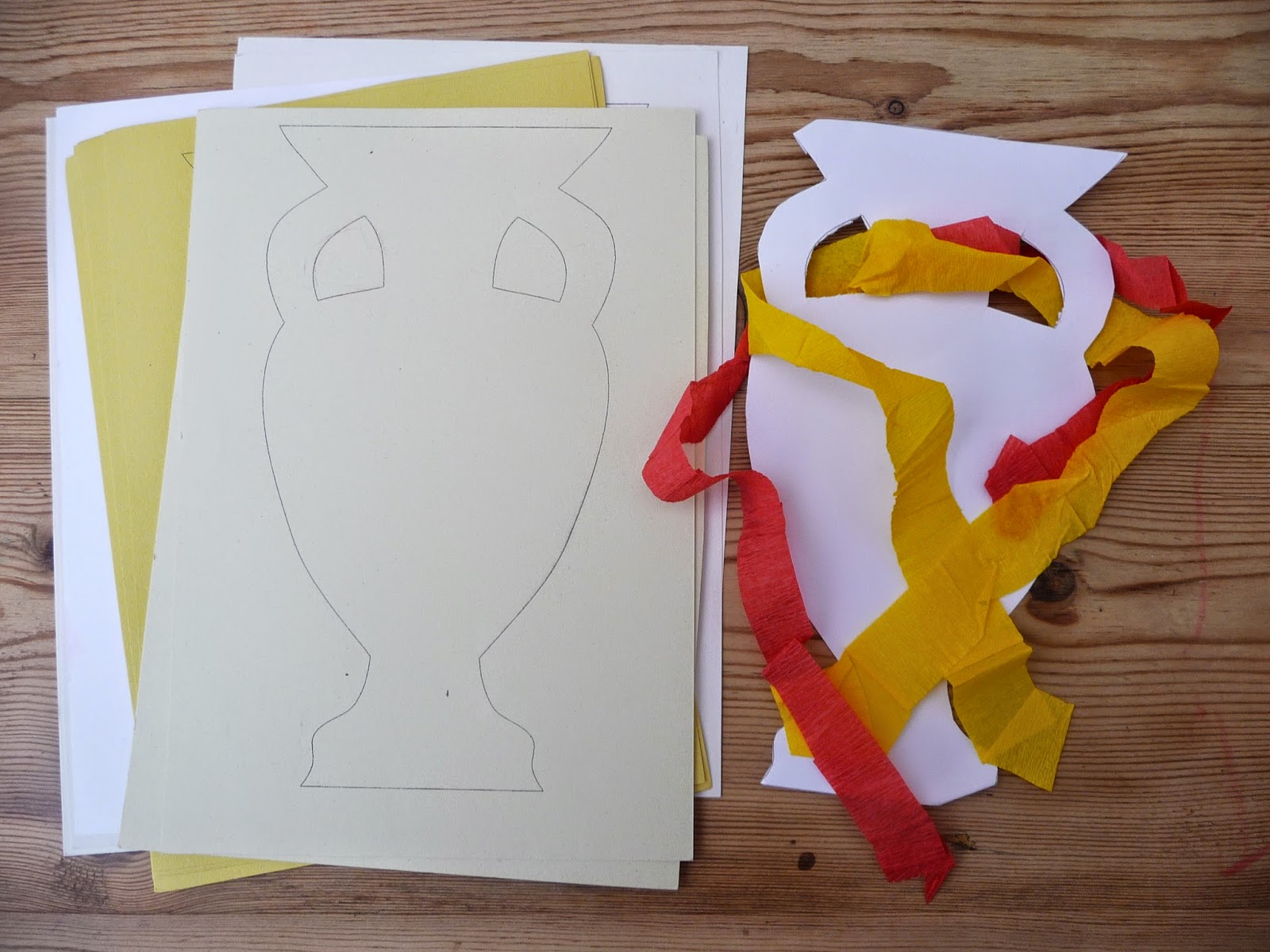 Before the Winter Olympics started, I  had said that I would give a chocolate medal for every medal a Spanish speaking country gets.... I had a big mouth because apart from Spain no Spanish speaking countries had ever received a medal...But when they were coming to me before the start of my lessons for two weeks to say that they had checked the results and there were no medals yet, I felt really sorry for them, so this time I will do another challenge: for every Spanish speaking goal they will get a mini sticker, as long as they can name the country correctly in Spanish. And if a Spanish speaking team wins the World Cup, there will be chocolate for everyone:-))
At the beginning of the lessons, when we do our general Q&A, I will always ask whether they love football. 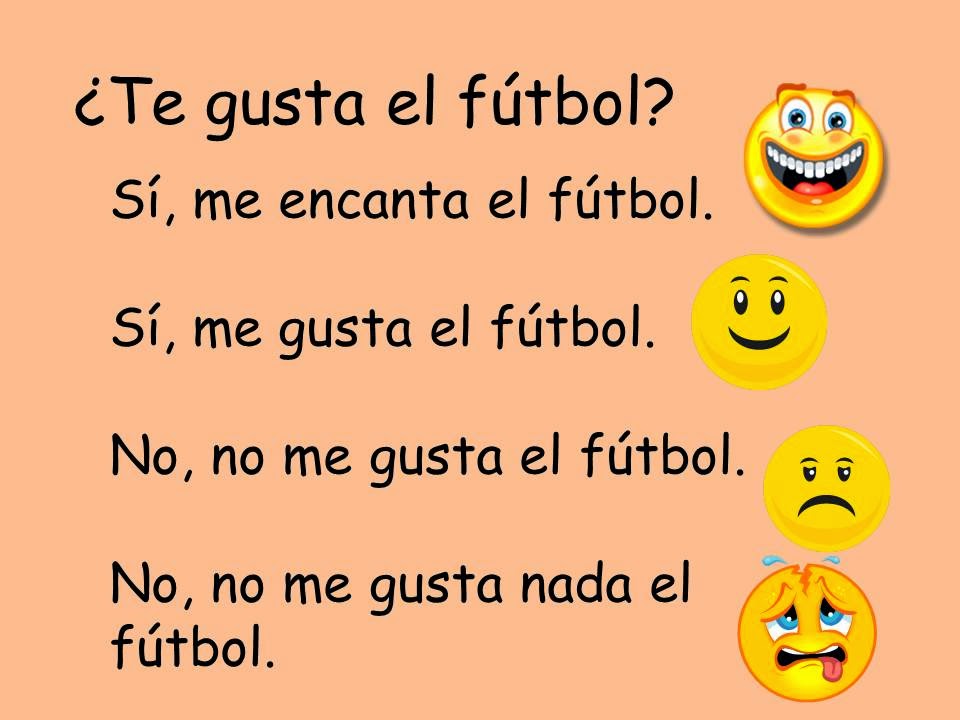 And the big ones (Year 5 and Year 6) will get another question: 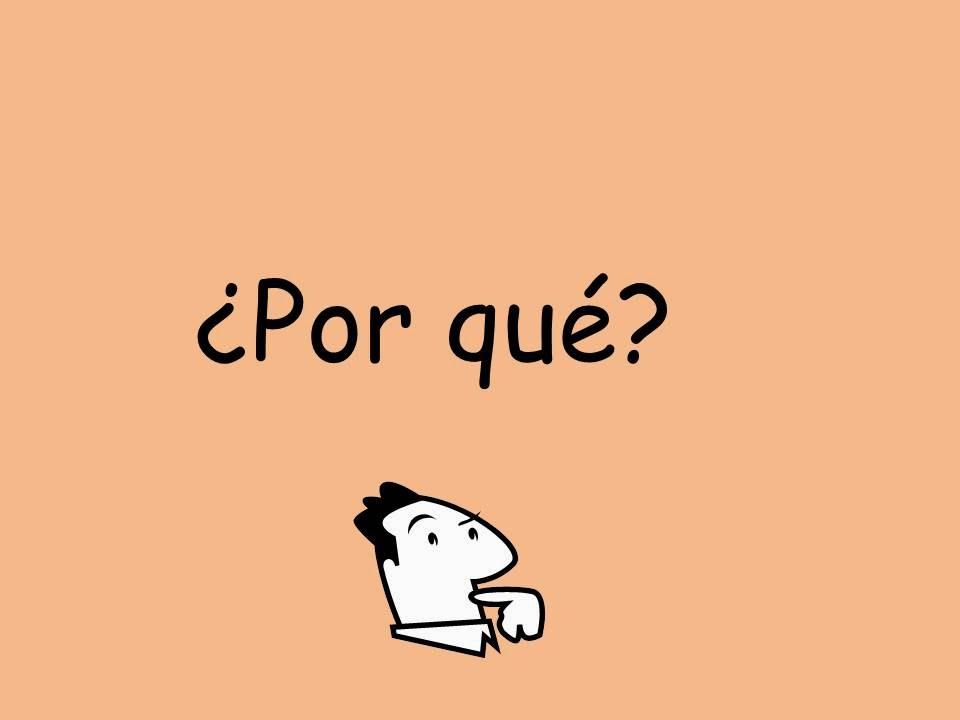 They can answer using "porque" and "pero", how exciting! 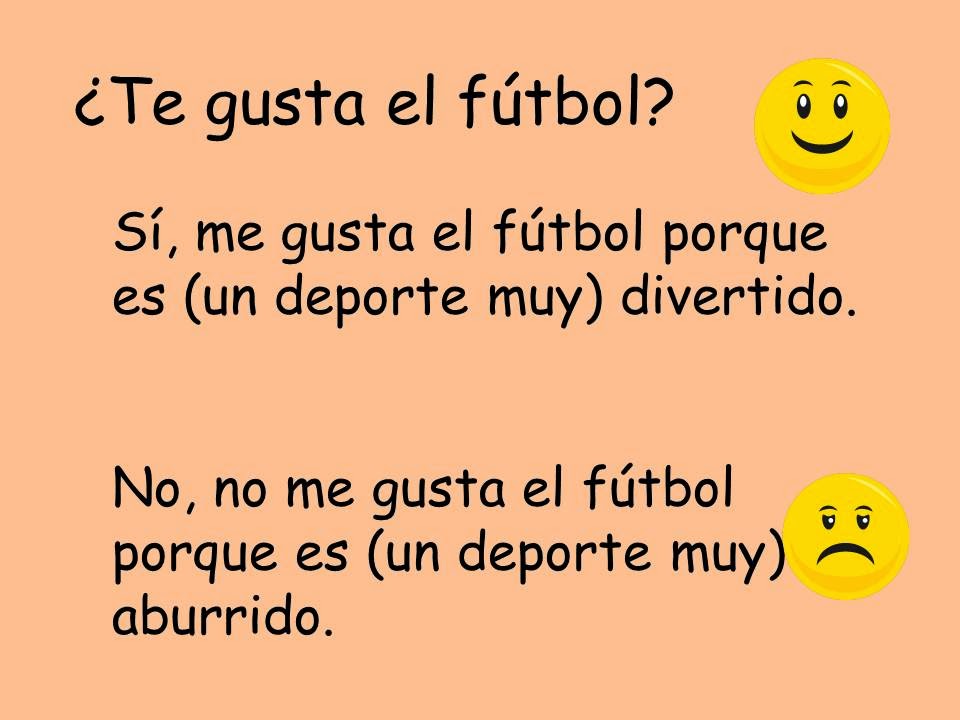 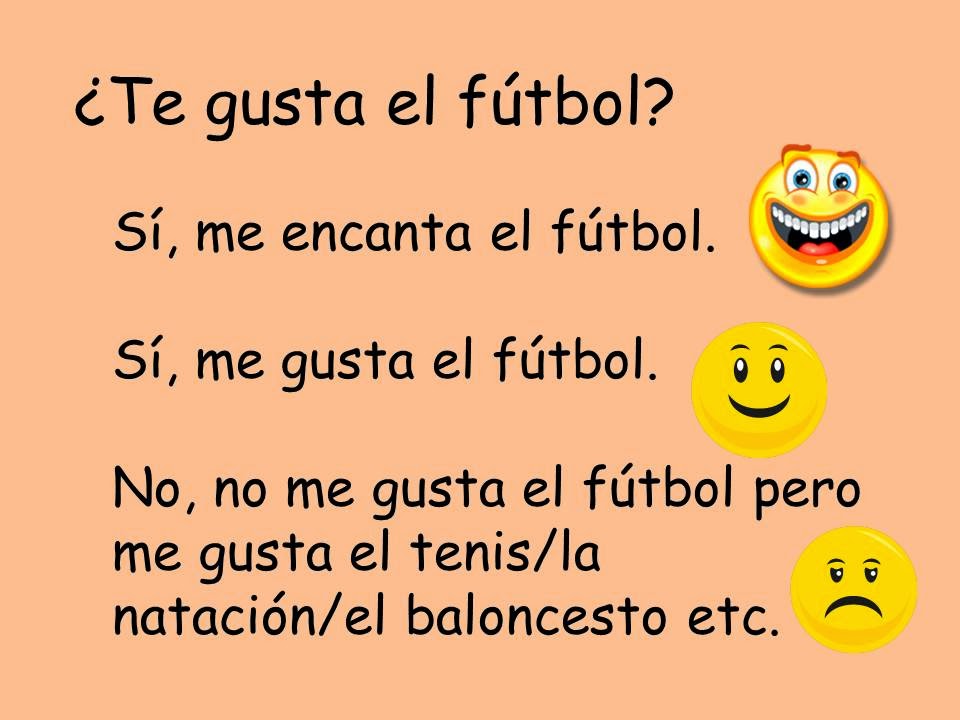 I am still looking for a good catchy song to support Spain, so far this is the best, it has the names of the football players! It is a bit out of date, from 2010, so I will ask my Spanish penpal Natalia for a better one when she comes back from her Easter holidays and update the blog. Or we will just have to make up our own song, which will be just as good!
There are plenty of more resources on the web, my favourites are the activities on the Light Bulb Languages website (check out the other topics, too, fantastic page) and there are lots of links on the Janet Lloyd Network site here.
If you worry about my daughter's football identity, I can assure you that she supports England now! 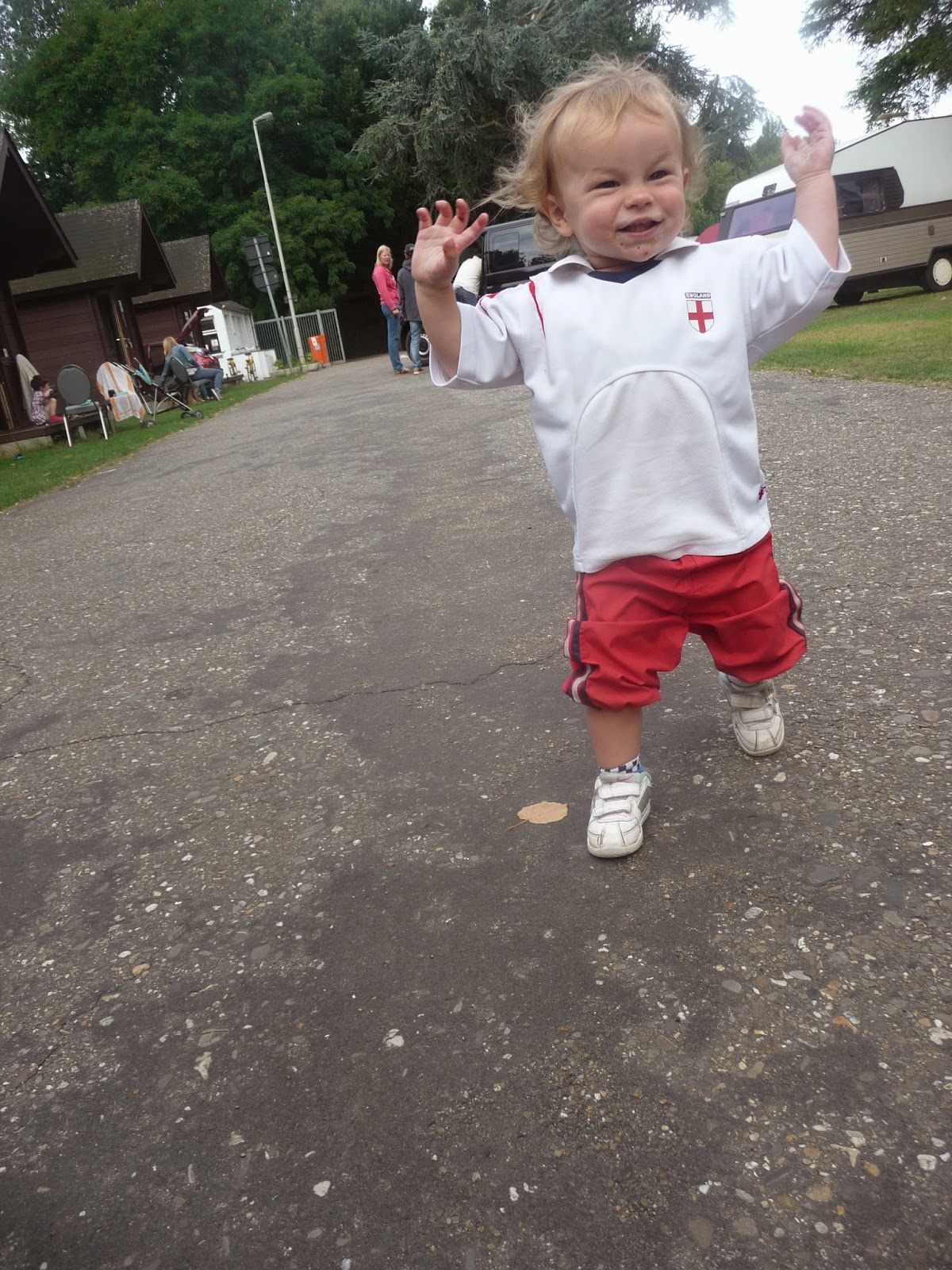 Just like me! In case my husband or Glen Johnson read my blog:-) 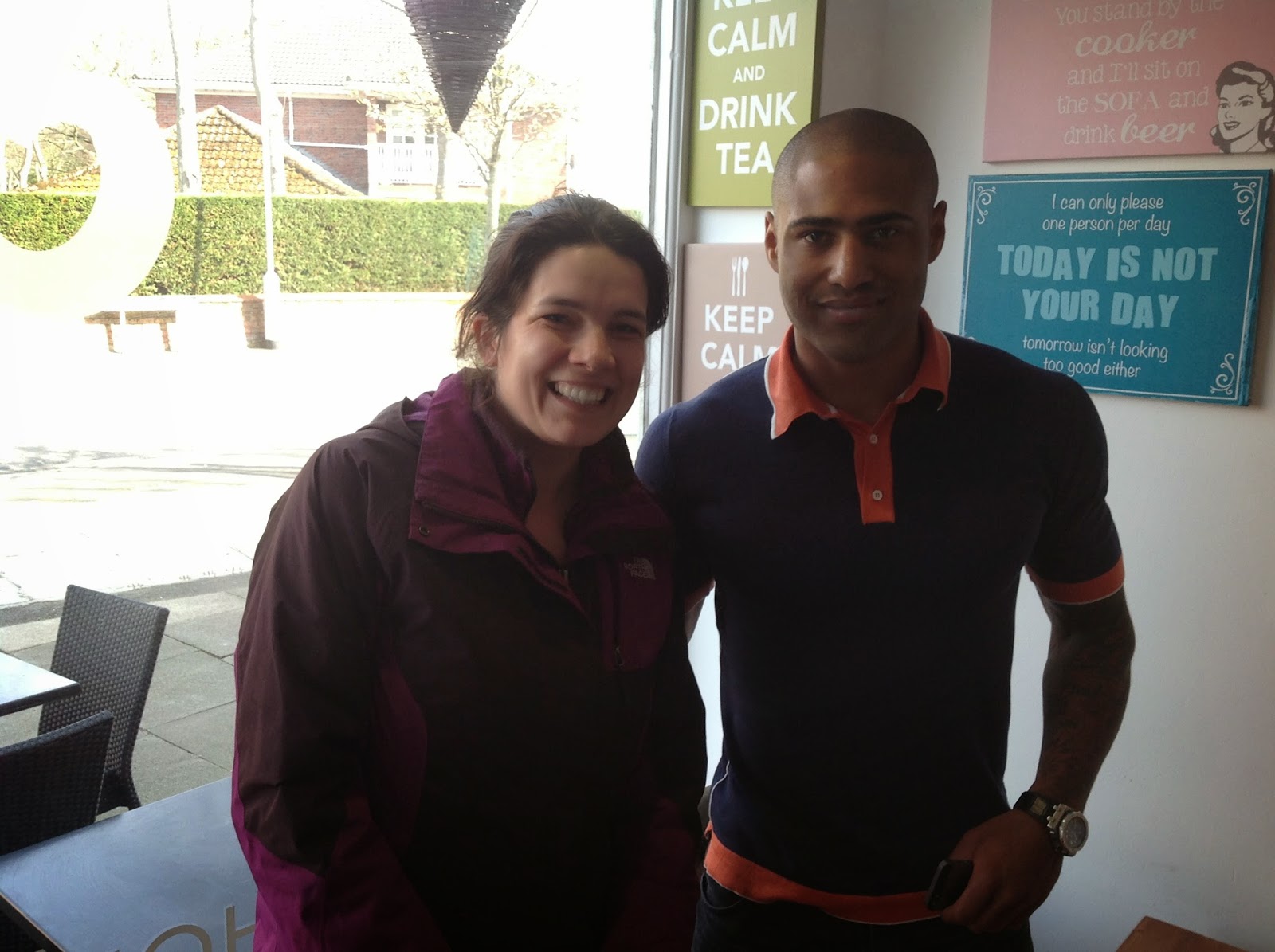 But when nobody sees me I shout "¡ ¡Villa Villa Maravilla!!"