The washing line competition
I have a big blue laundry bag full of my children's outgrown clothes, T-shirts, trousers, coats, shirts, shoes, skirts, dresses and jumpers. We play lots of games with them, one of the most popular is the washing line game. It's a competition and it's about speed, so the kids love it. You will need a stopwatch, a washing line, pegs, clothes and various lists of the clothes you have with you. Girls can play it against boys (just add the times together after a few games) or just two kids against each other. Two children have to hold the washing line up high. One pupil is given a list of clothes, the teacher starts the alarm and the partner has to put the piece of clothes on the washing line with pegs. It has to be in the same order as on the list and if something falls down, it has to be put up again. The winner is the team or pupil who is the quickest. You can find a stopwatch online and then everybody will see the time.  It's a great game for practising the colour agreement in Spanish. The slowest team or pupil gets homework: to do the laundry at home for a week:-) 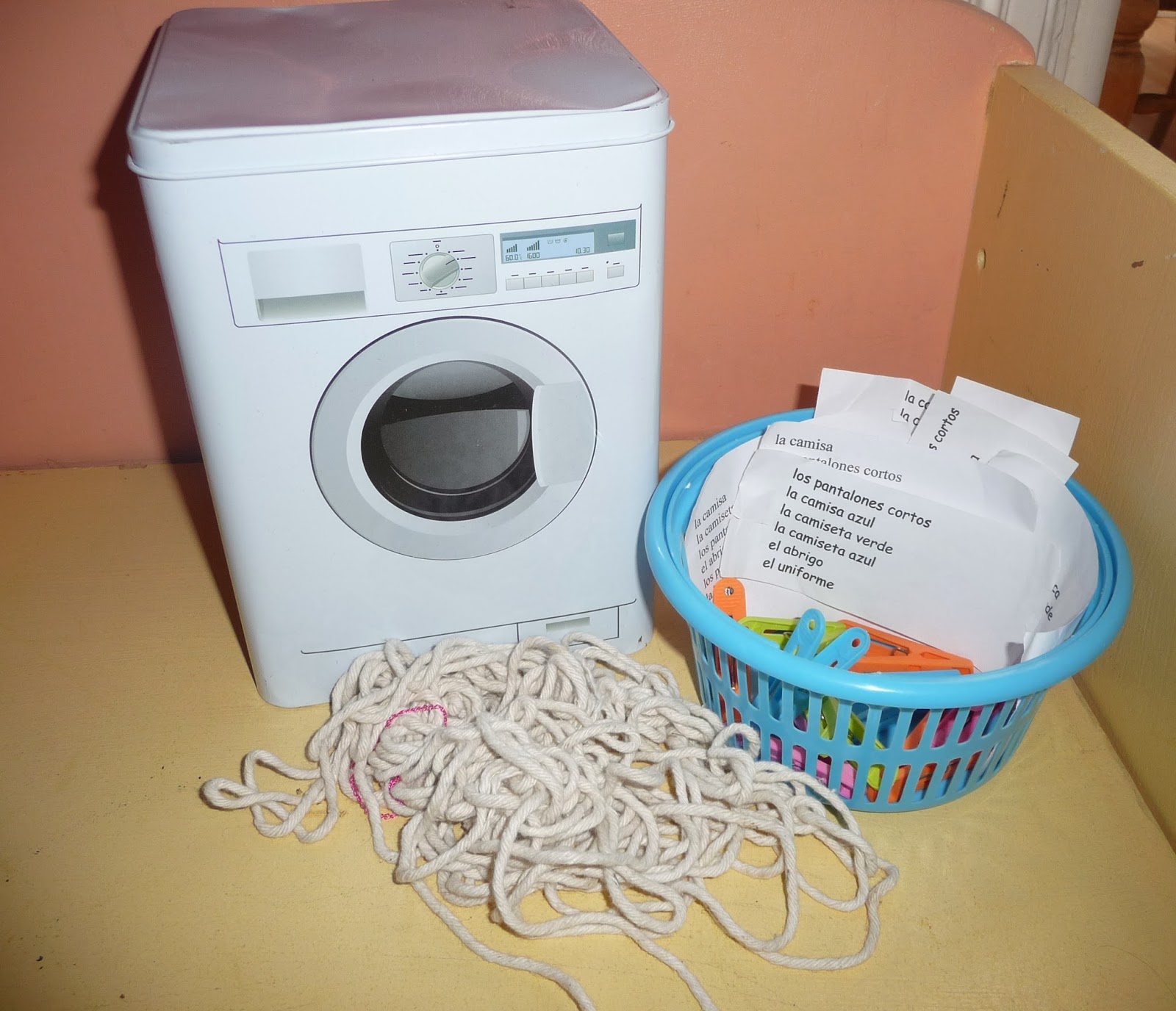 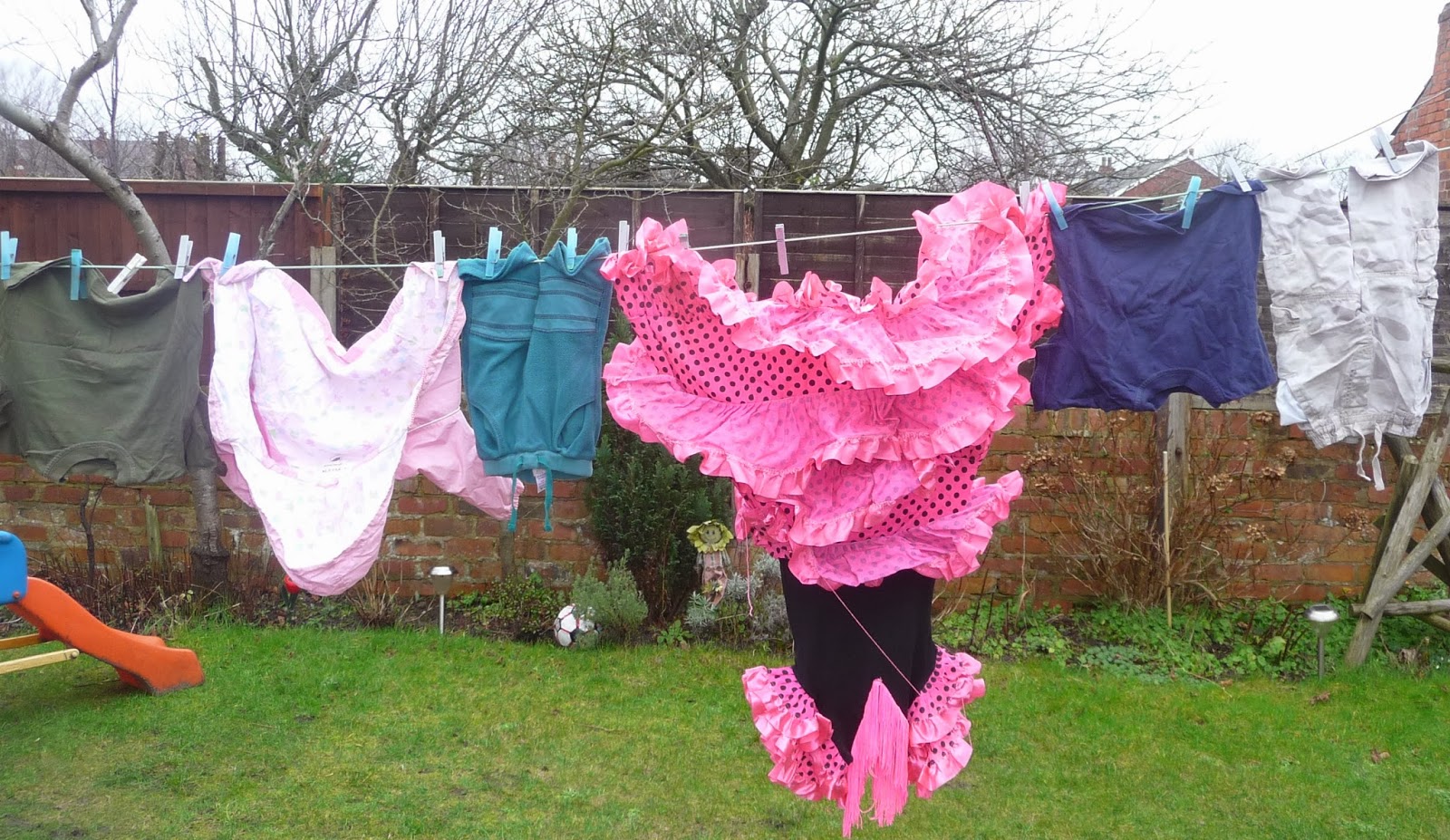 Dressing up teddies
As a mum of two little kids, I have a hundred teddies in my house.... the following game was inspired by two of them: Dora and the Fat Controller. Toddler clothes fit on them very well, so they can be dressed up quite easily. Two kids come out to the front, they each get Dora and the Fat Controller, and I say "lleva una camiseta" or "se pone una camiseta" etc. They each have to find one in the big pile of clothes and put them on the two teddies, while the rest of the class repeats "lleva una camiseta" many times. The quickest stays in the game, the other kid has to pick a new dresser, and the game starts again. It is a good way to get everybody talking by repeating the sentences and also a good noun-adjective agreement practice. It takes a while to put a T-shirt on Dora's big head or to put trousers on the Fat Controller's chunky legs! 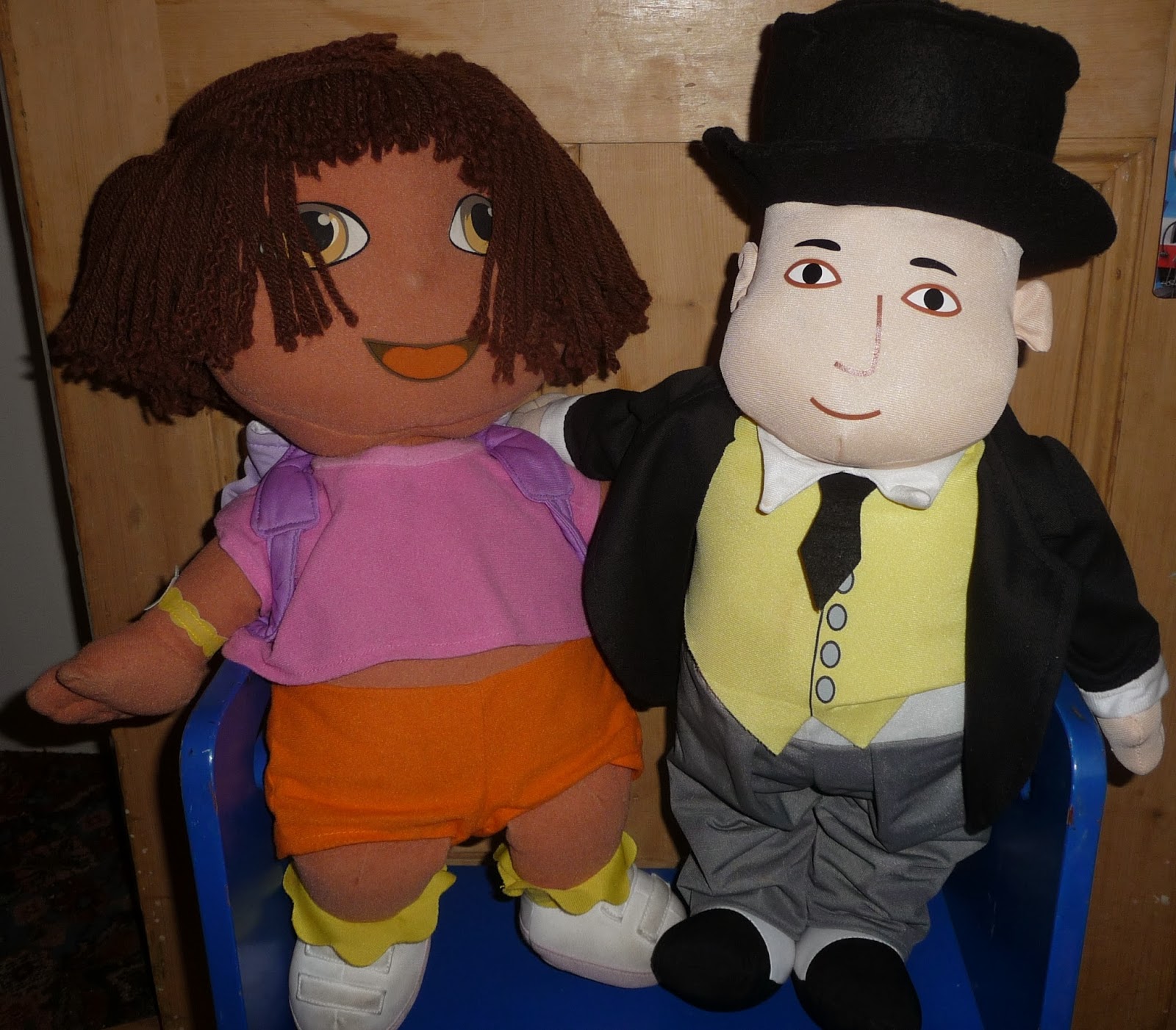 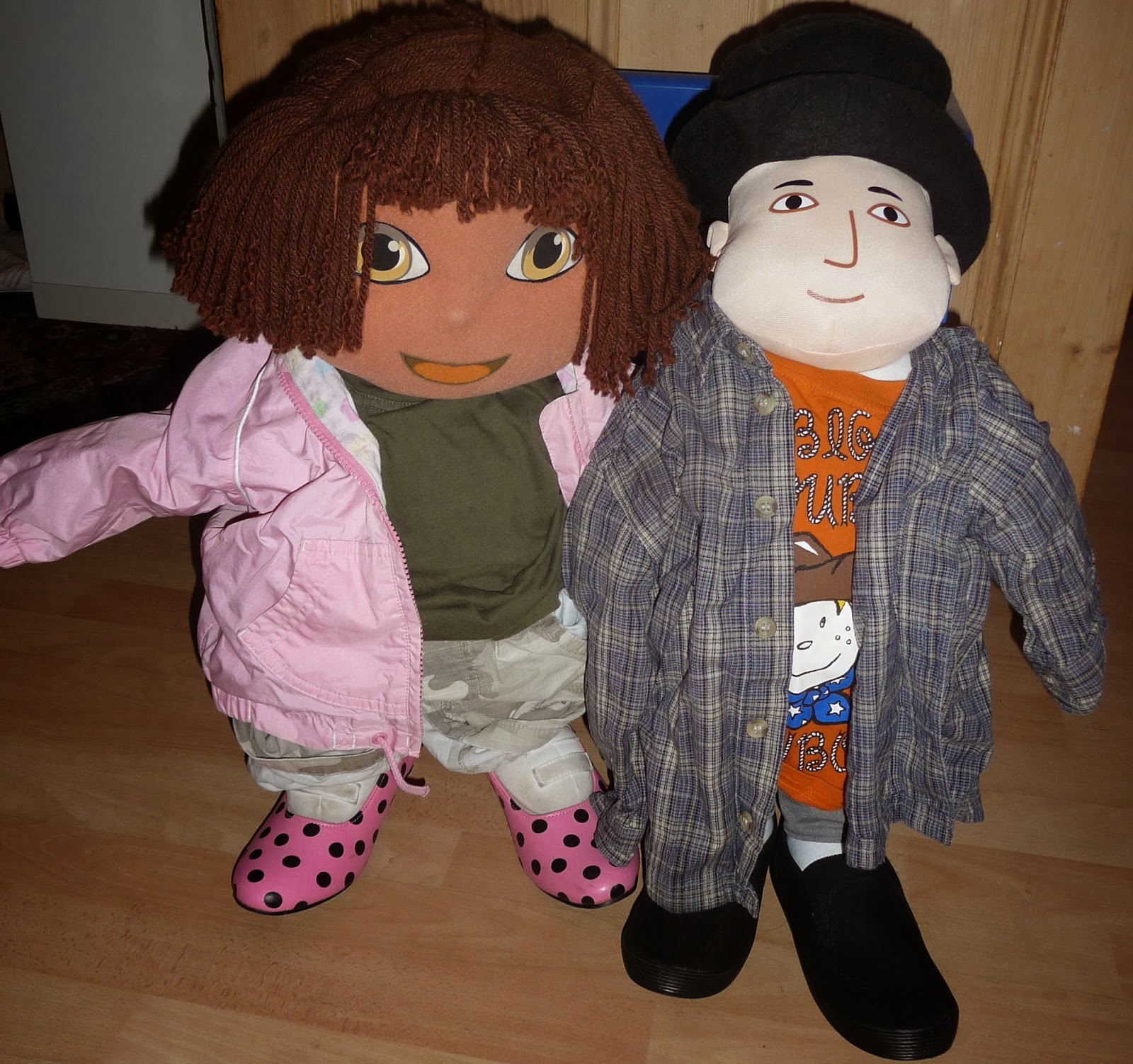 Design a school uniform
The children love being creative and designing uniforms, football kits, Olympic wear, etc. They draw the clothes, colour them in and label them in Spanish. It is a good practice of noun - adjective agreement. At the end of the activity, you can make a contest by voting: the best uniform will win a prize. It is great display material! 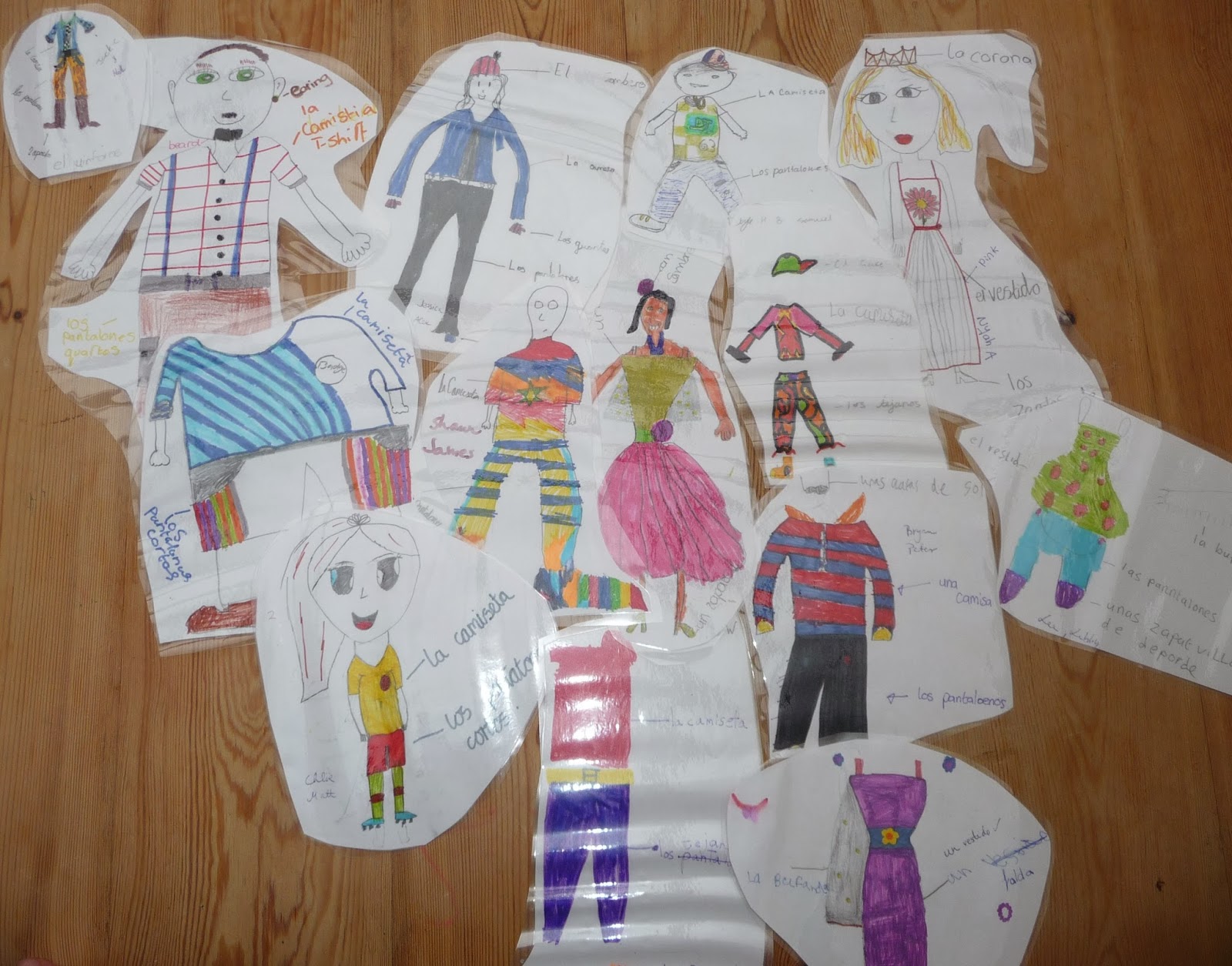 Fashion show
The children love it because they can bring their favourite clothes in, they do a quick change before the lesson. When they come back, they walk on the catwalk while others introduce them with sentences like "Es Connor. Lleva una camiseta roja y pantalones azules."  I have some toy microphones they love holding.I take a picture of everybody and make a fashion show display with the clothes labelled in Spanish. It's easy to label the photos in Powerpoint, I use different colours for masculine and feminine nouns and then give the photos to the children. I call these pictures "postcards" or "certificates", they can take them home and explain to their families why some words are written in blue or red and where the colour goes in Spanish:-)
﻿
﻿ 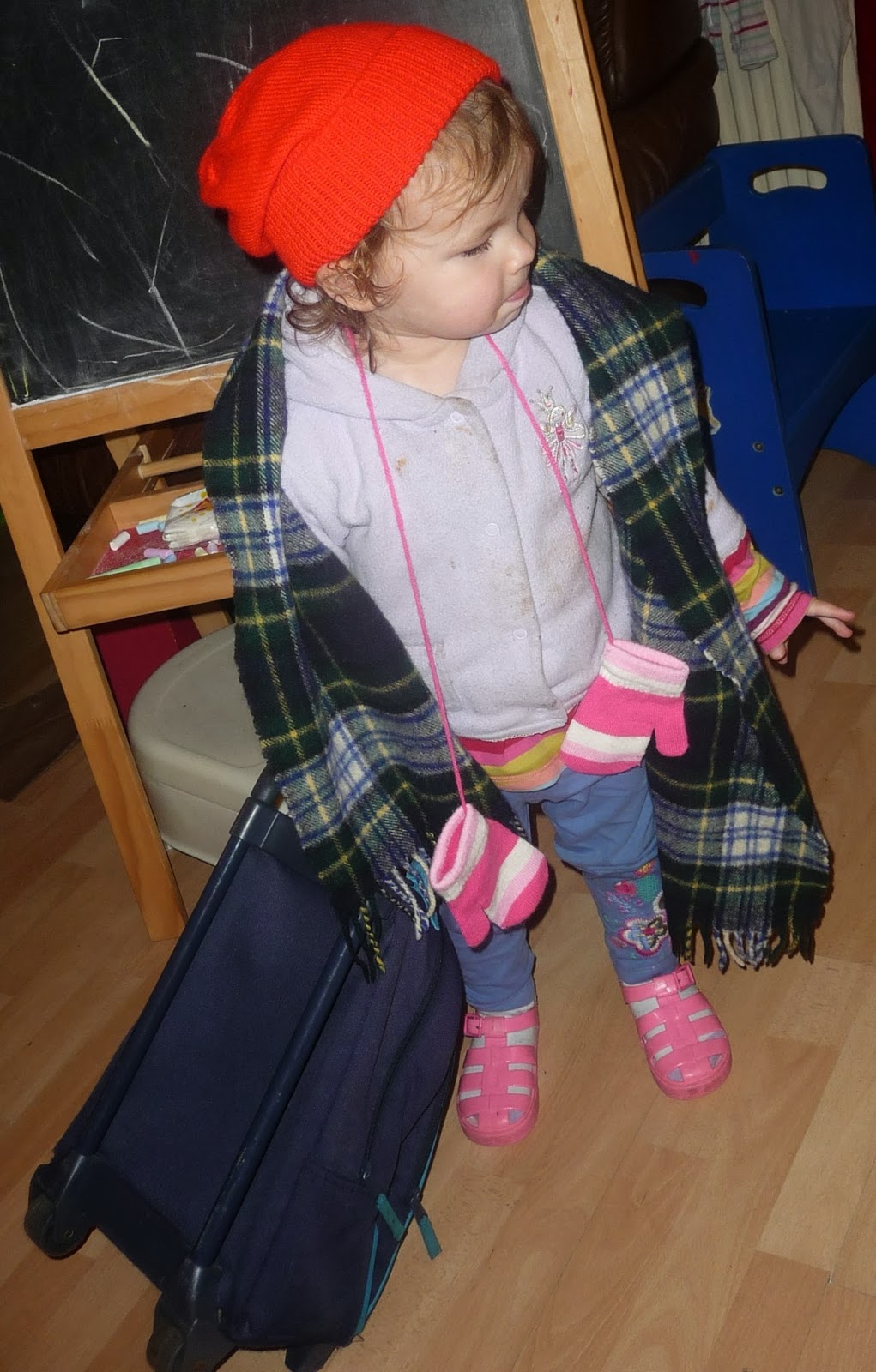 We sing "A pasear" from Let's sing and learn in Spanish , this song is good for practising "Me pongo...".
Mi tía: A good action song from Elizabeth, the words are here.

We look at typical clothes in Spanish speaking countries, I have PowerPoints and videos like this from Ecuador: