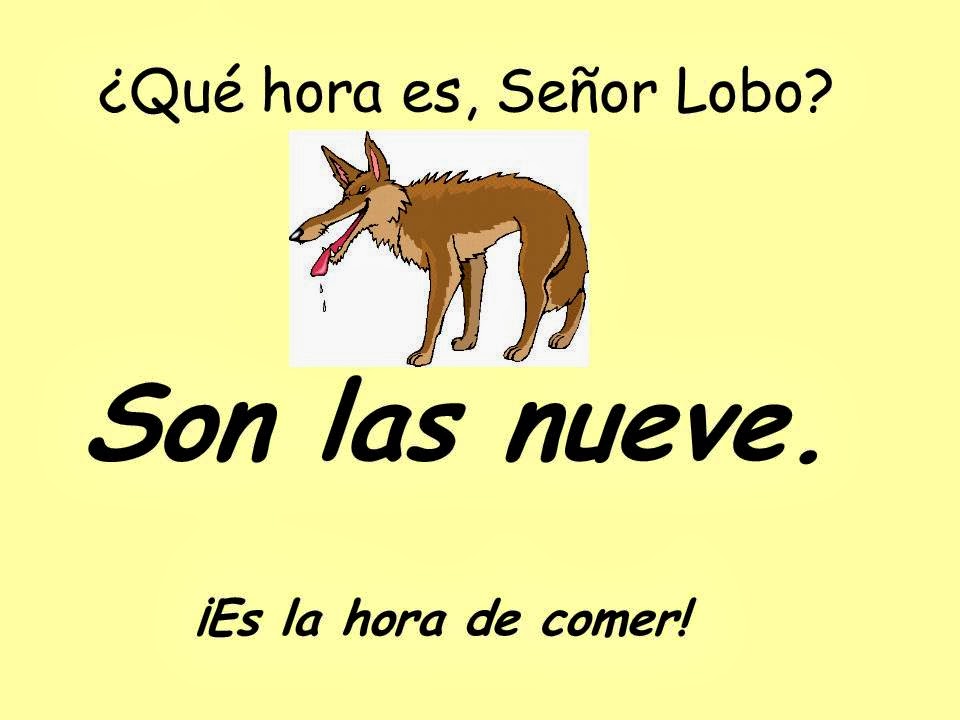 Telling the time keeps comig back to us when we talk about our daily routine, school days, asking about train times.... These are a few games we like playing.

What time is it, Mr Wolf?

I like going to charity shops and buying all kinds of toys and props for my lessons. When I saw the wolf costume, I immediately knew I would have to use it, the pupils would love putting it on.We play this game in the classroom so we had to change the rules because we can't run around. I learnt this by experience:-) The children have to stay behind their desks, they can dance or move as long as they stay in one place.  A voluntary wolf comes to the front of the class and stands there with his back to the rest of the children.
The children keep asking:
"¿Qué hora es, Señor Lobo?"
The wolf responds with a time expression like:
"Es la una." "Son las dos." "Son las tres."  (You can add "y media" as well).
The pupils keep on moving and dancing.

But when he says


"Es la hora de comer", and suddenly turns around, they all have to freeze. The first one he sees move has to sit down. 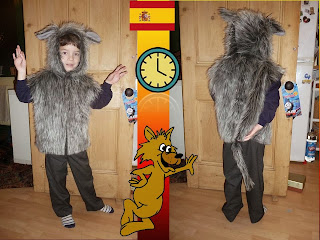 La caja fuerte
This safe comes from a carboot sale, it had been collecting dust in my son's toy basket when I realized the huge potential it could have in my lessons. I have 'converted' it to a time lock safe with a help of a post it note. I put 5 stickers or small chocolates inside and all hands will be up to guess the time code. The magic time sentence (and my hands) will open the safe if the right sentence is said. 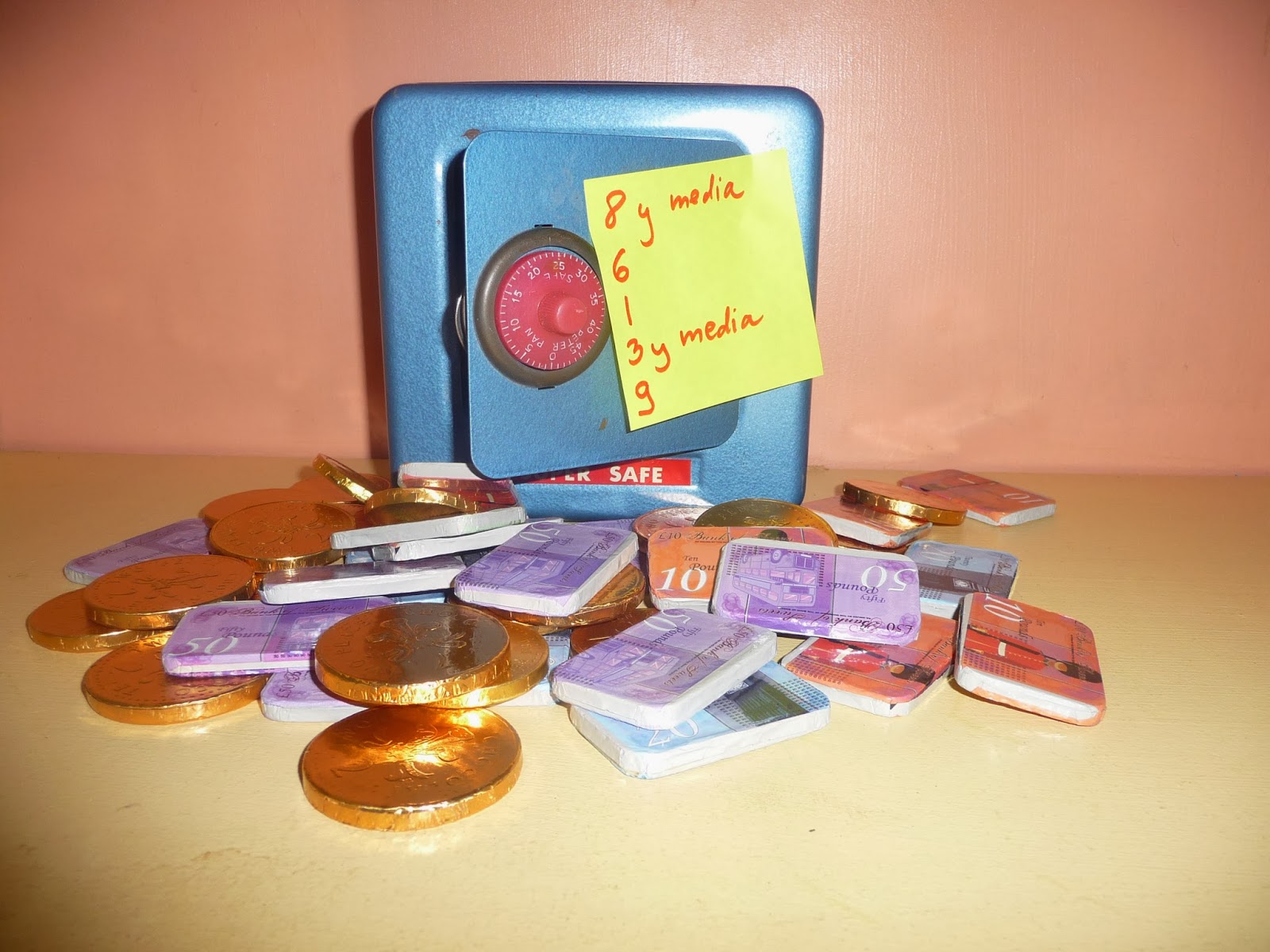 In some of the classrooms there is a big space in the middle where we can play this game. I put number flashcards 1-12 out imitating the clock and ask for two volunteers, a tall one and a short one. They have 10 seconds to discuss what time they will be (the others cover their ears,

¡Cerrad las orejas!). After this, they lie on the floor, the tall one is the big hand, and the small one is the small hand. I took some photos of my daughter's dolls to illustrate the activity. 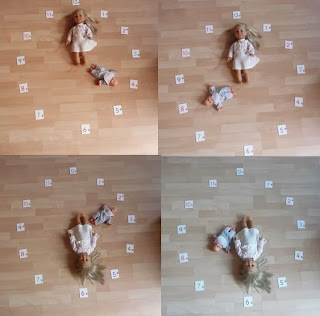 I am a big fan of minibooks, I saw them first on Clare Seccombe's fantastic blog .I have used quite a few templates in the past but haven't done this one with the pupils yet, I will try it in the next few weeks. It is a good way to make them write, and for peer- and self-assessment. They can get up, walk around and ask each other "¿Qué hora es?", the answer is under the flap. 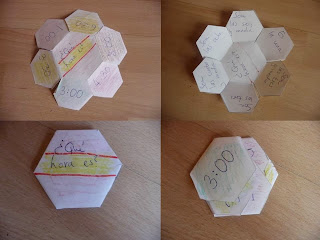 A very catchy song to practise times and it even shows Spanish speaking places.
You can find the lyrics here:


Vuela la luna
If you like action songs and you don't mind getting dizzy and totally exhausted, then sing this song by Grupo Encanto. And you can tick the Intercultural Understanding box by explaining to the children that in Spain they show the number 2 with their fingers the other way around:-).
The lyrics are here.
﻿
Posted by ErzsiCulshaw at 17:32